A couple weeks ago, Lauren Conrad wrote a post, “Operation Organize: Charitable Closet Cleaning,” that prompted me to finally tackle the pile of unused clothing that has been sitting in front of my closet for about two months.

Conrad suggested that we should make targeted charitable donations with our unused items.  For example, she recommended that shoe donations be given to Soles4Souls, a shoe charity that recycles shoes for people in need.

So, I took a closer look at all the items that I had set aside for donation and realized that the items fell into three broad categories: work clothing, casual clothing, and shoes.  I’ve decided then to direct my donations as follows: 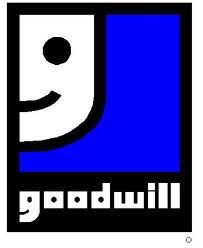 Bonus:  I have about 5 magazine subscriptions that I receive for free that are creating another kind of pile.  So, I made some calls and found an organization, Horizon Club, that collects them in downtown St. Louis.  So, I am taking a few stacks over there today.

P.S. In the past, I was a strong advocate for salvaging value by selling unused items to resale shops.  Unless an item is extremely vaulable (and in those instances, I sell on eBay), I no longer do that because the payoff is so little that it doesn’t make $ense.

Want to learn more about my downsized closet space and how I’ve organized it?  See Organizing a Small Closet on a Budget.

What are you doing with the items in your closets that never get worn?