I enter many blog giveaways and now I can say that there is nothing more exciting than actually winning one because I did.  A couple months ago, I entered The Bargain Hunter Extraordinaire’s Shabby Apple giveaway and won a Shabby Apple dress.  Yes!  I was really excited about that giveaway and the win because I’ve been admiring  the dresses at Shabby Apple for over a year.

The dress I won is called Ahoy!, a green cotton voile dress with a turquoise bow belt.

Here’s the dress worn with its bow belt. 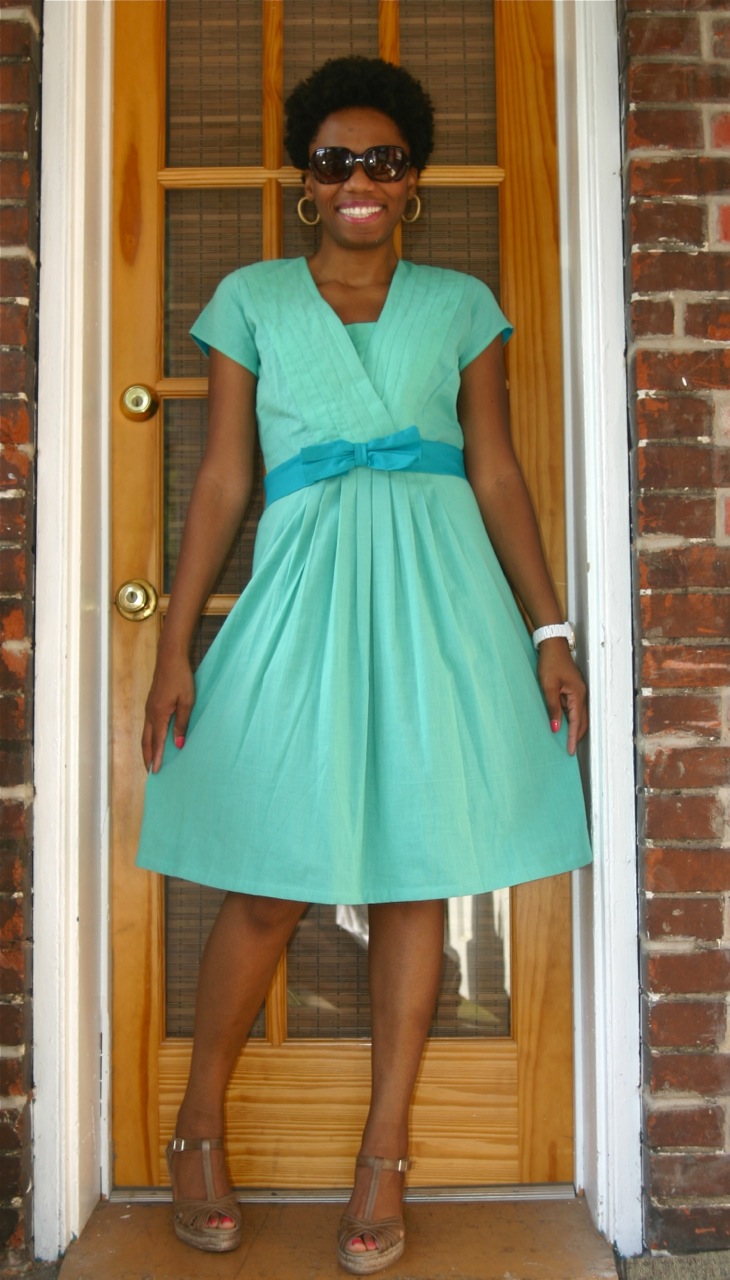 Since I am not a huge fan of bows, I’ve been wearing the dress with a stripe scarf worn as an obi belt. 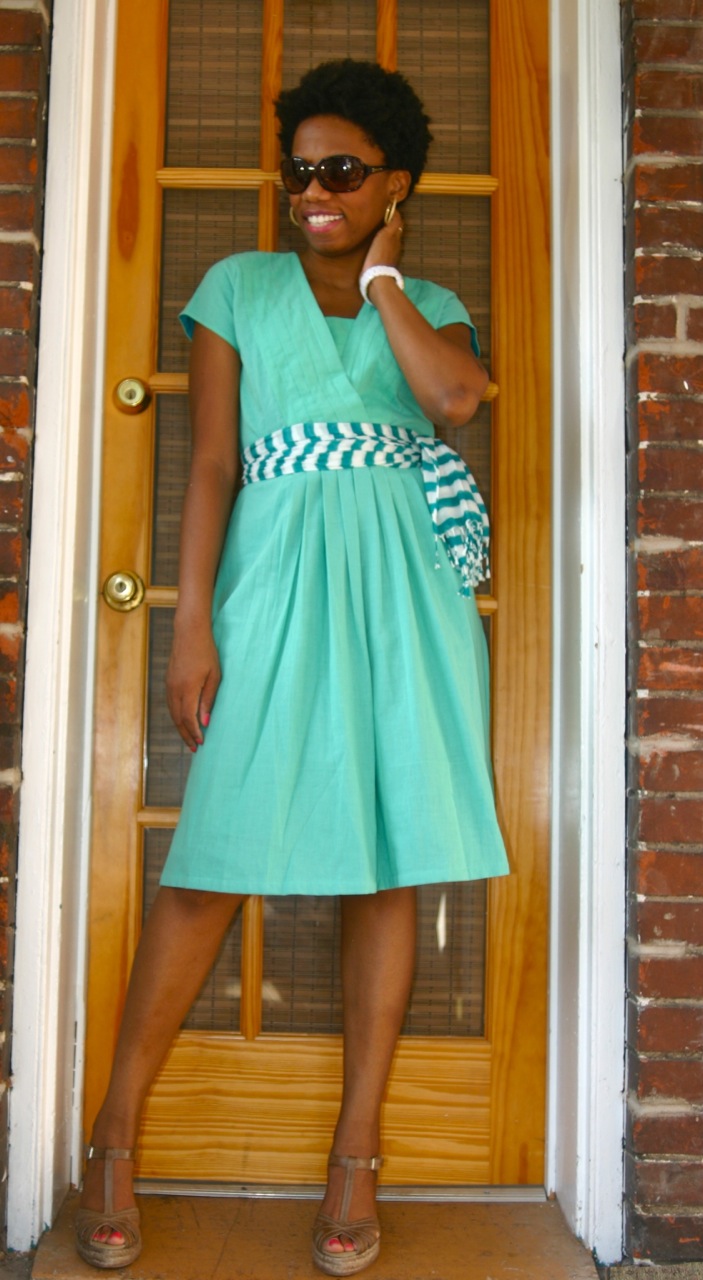 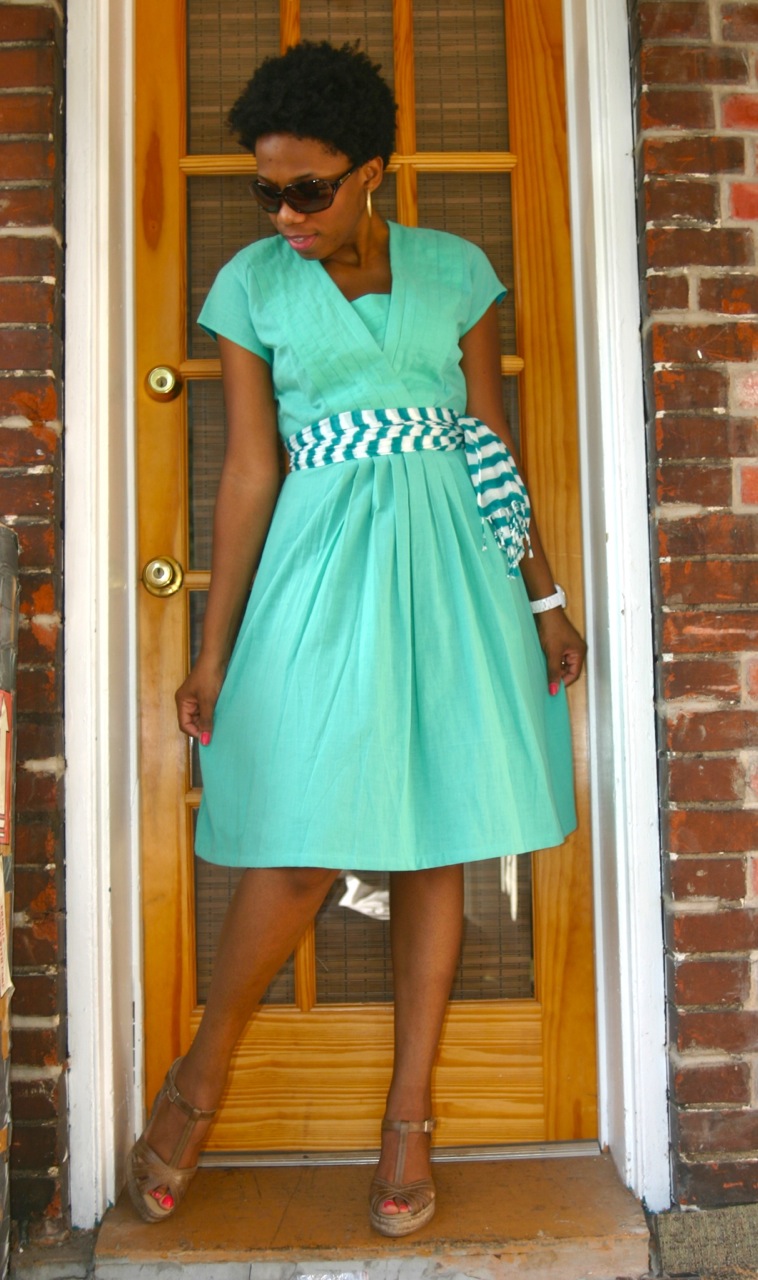 This dress is so versatile with its classic silhouette, taking me from a summer classroom to my favorite spot for brunch on the weekend.

Obi belt—Scarf via The Limited