Last Thursday, I talked all about cardigans as wardrobe essentials.  Cardigans, though, will always take second place to my favorite topper—blazers.  Similar to cardigans, blazers are functional, providing additional warmth as the weather transitions.  Blazers are also quite versatile, working with everything from work to weekend wear.

In today’s post, I’m wearing one of my favorite blazers, a bold, modern red, designer blazer that I found in Ross last year.  The blazer is worn with a stripe tank, skinny jeans, and leopard wedges. 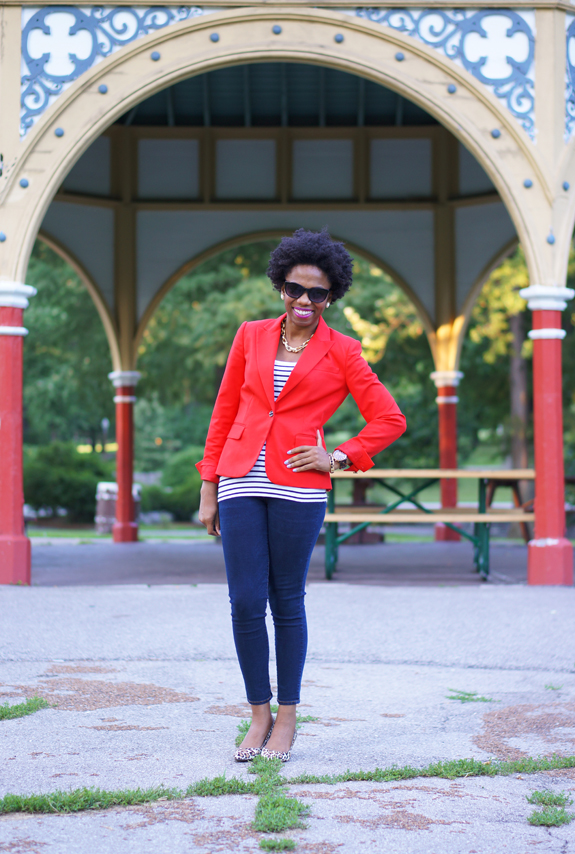 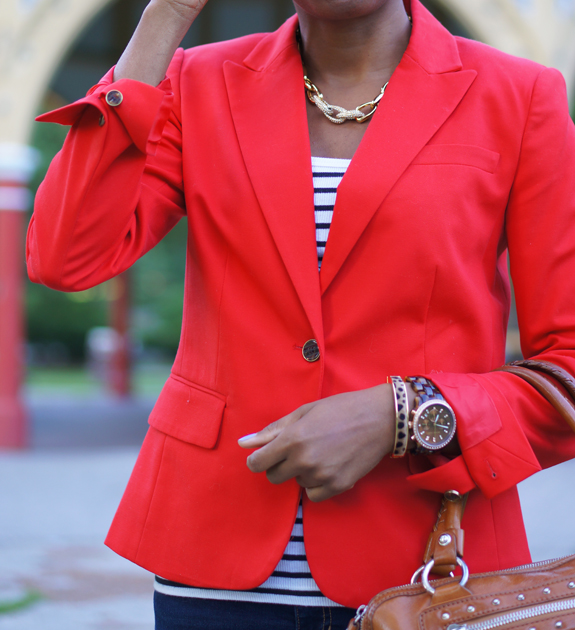