I enjoy taking advantage of new opportunities. Last night, thanks to Opera Tastings by the Opera Theatre of Saint Louis, I got to do just that. Howard and I, both opera newbies, attended the second show in Opera Tastings, a five-day concert series aimed at introducing new audiences to the art form. 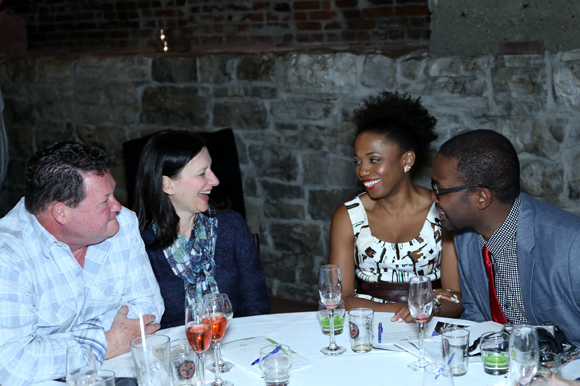 The event was held at the Jefferson Ballroom of the Moulin Building, a historic brewery malthouse. It was the perfect intimate setting for Friday night’s event. The setup encouraged dialogue with your seat-mates. I benefitted so much from that since the people at my table were veteran opera goers and enjoyed sharing their excitement about the art form with us newbies. 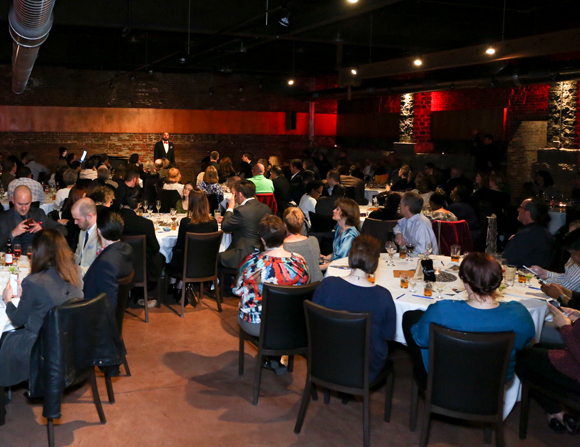 What’s most unique about the Opera Tastings experience is the seamless union of food, drinks, and musical performance. The drinks for the night started out light with a Campari champagne cocktail followed by an Angelic Teardrop (seen below), a sweet and tasty mix of raspberry vodka and melon liqueur. The drinks got heavier with a Sudwerk Brewing Big Dipl, a double India pale lager, followed by my favorite of the night, the Valckenberg 2014 Dornfelder, a lightly sweet, medium-bodied red. 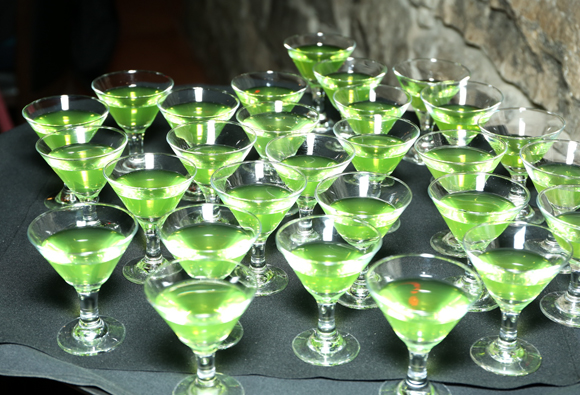 I was so intrigued by the drinks that night that I spoke with Jason Arnold of The Moulin Building about the process of pairing drinks with music. According to Jason, some of the pairings were easy, like the use of the Italian champagne cocktail to mark the celebratory mood of a scene from The Marriage of Figaro. And, for the not so obvious pairings? Jason says,

We had to take some liberties. For example, we picked out the German-born composer and the beautiful night of love from The Tales of Hoffmann and are pairing the Sudwerk Brewing “The Big DIPL” (Double India Pale Lager). Lager is a traditional German style beer and the beer’s name is a play on the night time sky and includes the Big Dipper on the label. 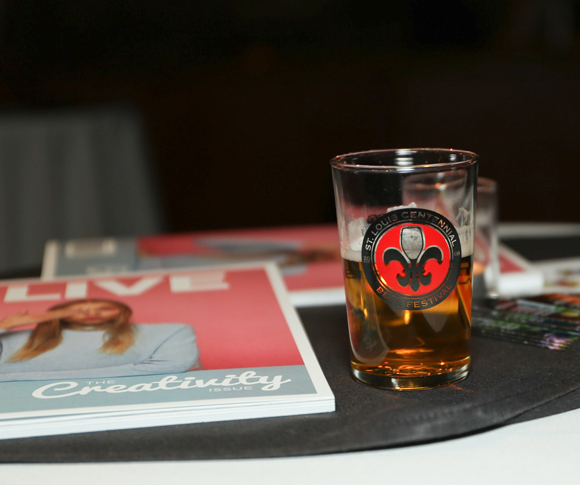 The food pairings were as fascinating as the drinks. Here’s a peek at the final course of the night, a lemon patta cotta. 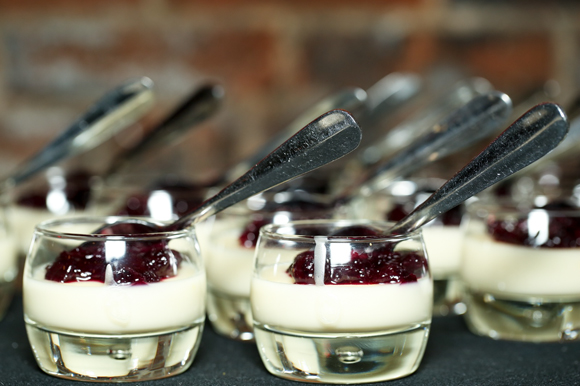 Of course, in addition to the food and drinks, we also got a diverse sampling of music, which prompted similar responses to the eats and spirits. Some of the musical performances were playful and made me laugh with joy while others were sad and so eloquently conveyed heartbreak that you could see a few tears in the room. 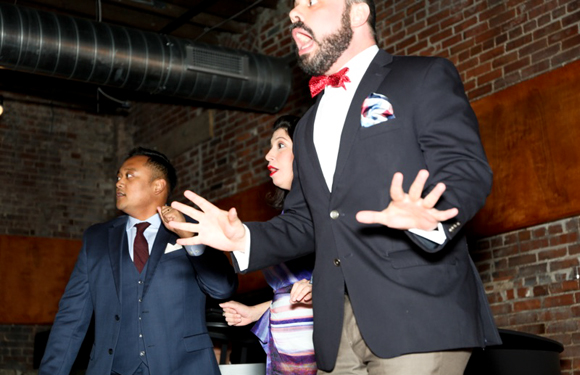 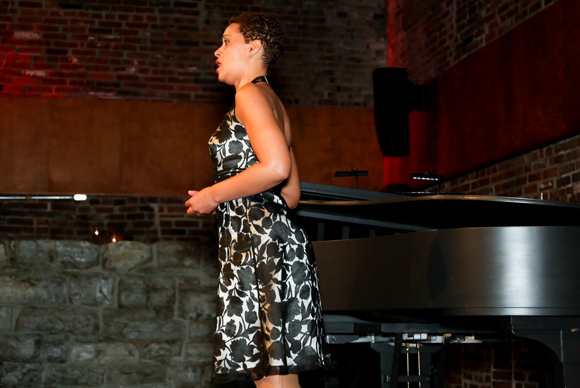 Scene after scene, the performers—soprano Katherine Jolly, mezzo-soprano Stephanie Sanchez, tenor Geoffrey Agpalo, and baritone Robert Mellon—kept us captivated with their vocal expertise and their abilities to convey the spirit of the operatic scenes.  We were given just enough of a taste to make us want more. 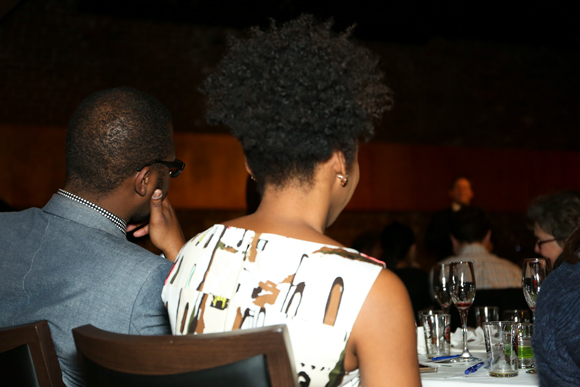 Another unique feature of the Opera Tastings series is that it literally brings opera to the people. Last night’s event at The Moulin Building was held in the perfect space for date night or a girls’ night out. Today’s afternoon event at the Alphabeta Club at Central Print, featuring chocolate and non-alcoholic beverages, seems family-friendly. It’s never too early to introduce young ones to opera, right?

New experiences are always fun with old friends. It was wonderful to have my fashion blogger gals in the house. It made the night even more enjoyable.

If you haven’t experienced Opera Tastings, or perhaps you have, you don’t want to miss this year’s events. See the complete schedule: Opera Tastings Schedule. Somehow, tickets are only $20!

All images by Elizabeth Wiseman

This post is sponsored by Opera Theatre of Saint Louis. I was selected for the opportunity as a member of the Midwest Influencer Network. As always, all of the opinions and ideas are my own.