Fringe has made such a huge comeback this fall that it’s causing a frenzy. Fall’s fringe is fresh and modern. Altuzarra’s Spring and Fall 2014 collections featured fringe accents in such refined looks that I instantly became of fan of fringe. I was thrilled, then, to see the Altuzarra for Target collection incorporate fringe in two sophisticated scarves—the sheer swiss dot scarf and the embroidered scarf. I found the swiss dot scarf on clearance recently for just $8 (orig. $29.99).

In today’s look, my Altuzarra for Target fringe scarf is the perfect finishing touch to a combination of knits. 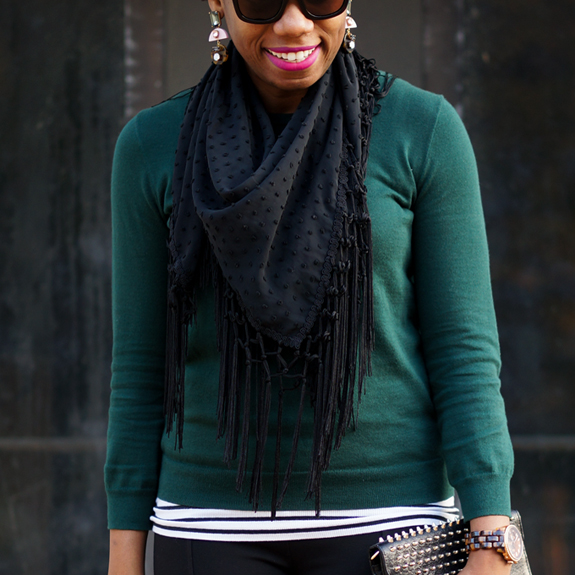 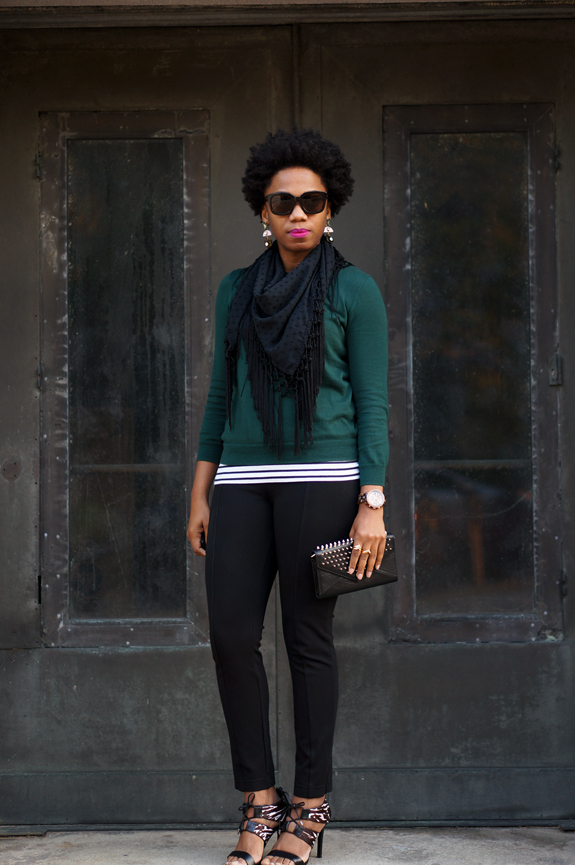 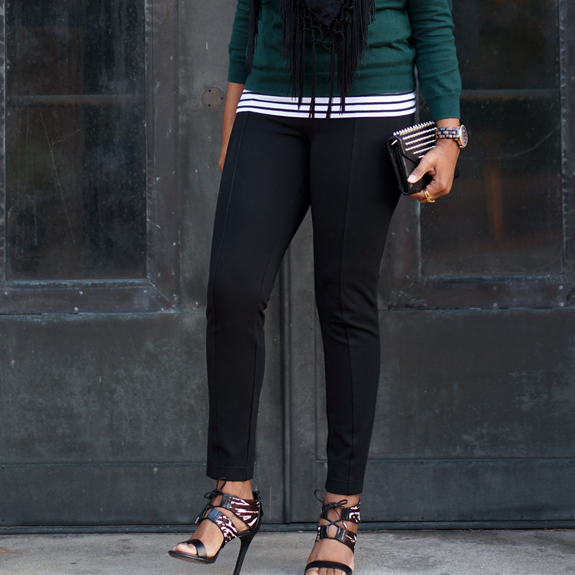