Last Friday, I attended a reading and book signing by Lauren Weisberger, the New York Times bestselling author of The Devil Wears Prada.  The event was held at the Missouri History Museum and sponsored by Left Bank Books and Alive Magazine.

Weisberger is promoting her latest book, Revenge Wears Prada, the sequel to The Devils Wears Prada. The sequel is set ten years later and follows Andy who is now editor-in-chief of a successful bridal magazine that she launched with her former Runway coworker and nemesis, Emily.  How did that happen, right?  Luckily, Weisberger read an excerpt from the book that described how the two reconnected.

My favorite part of the night was the homey chat with Lauren Weisberger during the Q&A session.  Some memorable moments:

1.  The Devil Wears Prada was submitted to publishers only after a gentle push from a professor of a writing workshop she enrolled in.
2.  Unlike some authors, Weisberger enjoyed the movie version of her book and would like to see a sequel movie.
3.  Weisberger said that it took her a while to view herself as an author even after the success of The Devil Wears Prada
4.  She avoids rereading her books and agonized over rereading The Devil Wears Prada in preparation for writing the sequel.
5.  She does NOT have a closet full of Prada.

Here’s another look at the black and white outfit that I wore to the event: 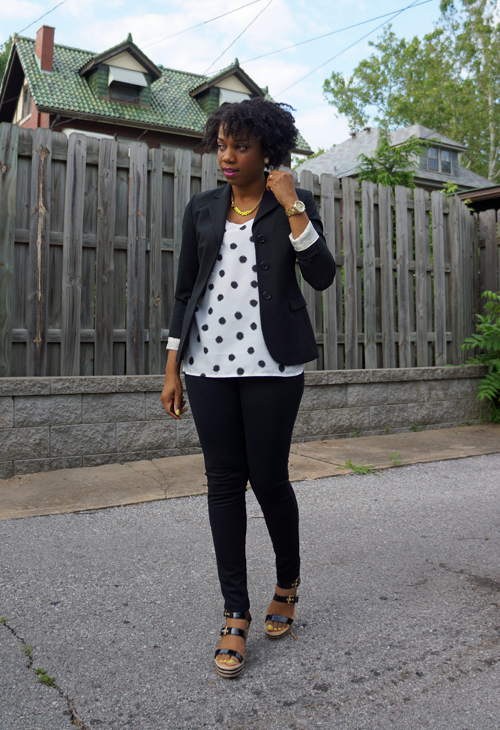 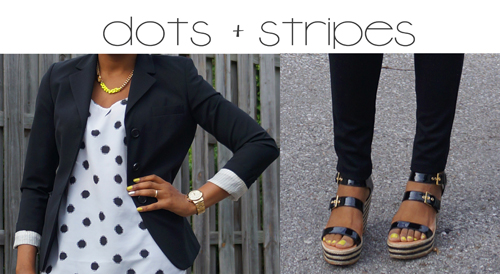