A smaller budget need not be a barrier to chic summer style.  One of my favorite dress purchases for the warm-weather season this year is also one of the cheapest items I’ve purchased.  I’m talking about the Old Navy linen-blend shirtdress in the ‘sunkissed lime’ color.

Funny story:  I wore this dress to the movies one evening and ran into a woman wearing the same dress!  I approached her and we had a good laugh about it.  Lol. 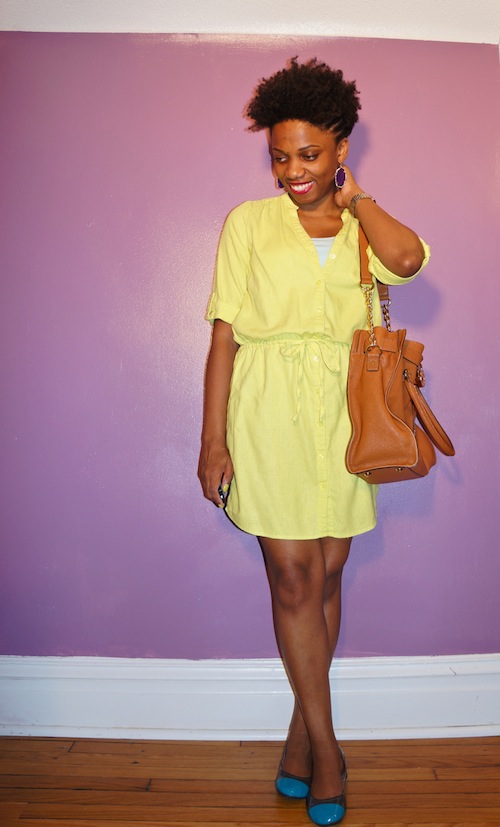 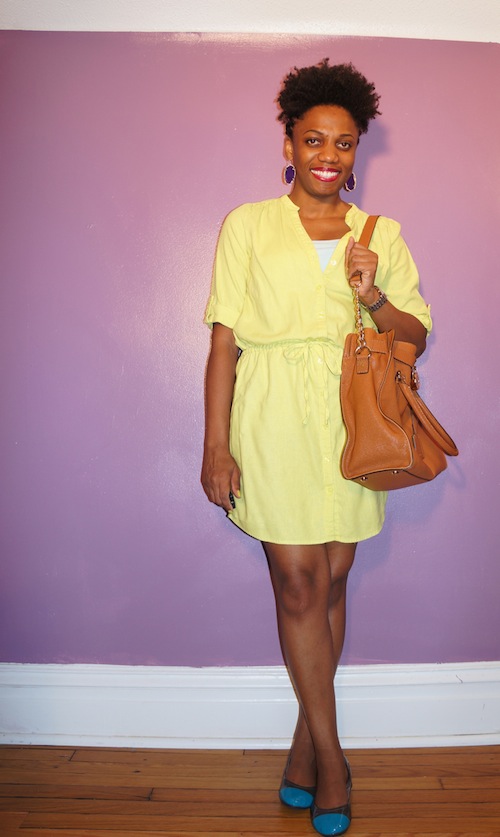