Print on print! Who remembers Project Runway Season 8 from way back in 2010? I credit Mondo Guerra, the runner-up designer that year, for inspiring me to be more adventurous with fashion by mixing prints. Guerra’s print combinations were bold but always looked effortless and polished. I liked that. I wanted to do that. So, I did, and six years later, mixing prints is my go-to styling strategy. Today, I’m mixing dots, leopard spots actually. 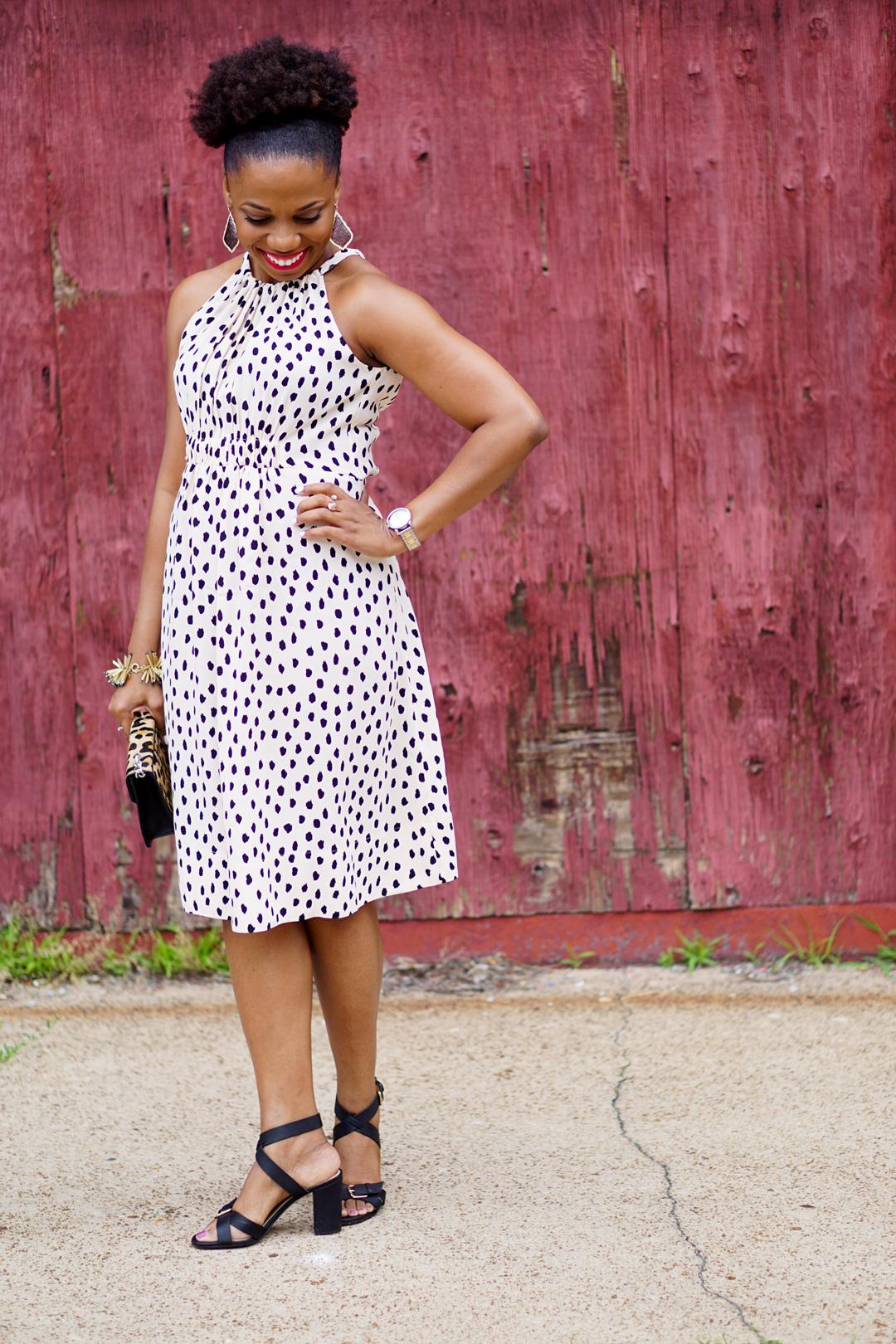 There are a few best practices for mixing prints like a pro. I rounded up the ones I consider when creating my own print-on-print ensembles in Clash Landing: New Print Combinations to Try, an article of mine that was featured on Mode.com. Combining the same pattern was number 7 on my list in that piece. Mixing the same pattern almost always creates harmony and offers the opportunity to stretch out by playing with color and scale. It’s a wardrobe lifesaver when you own many items in the same print. More ways to wear them all! 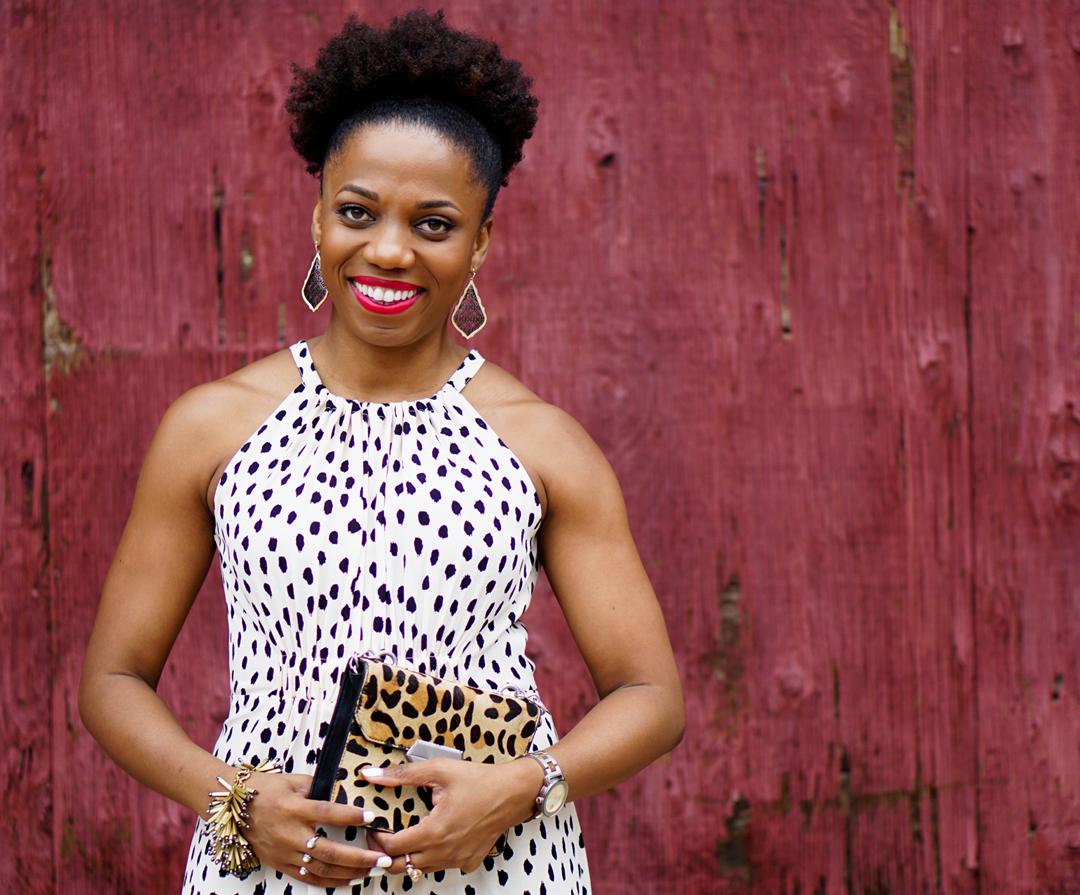 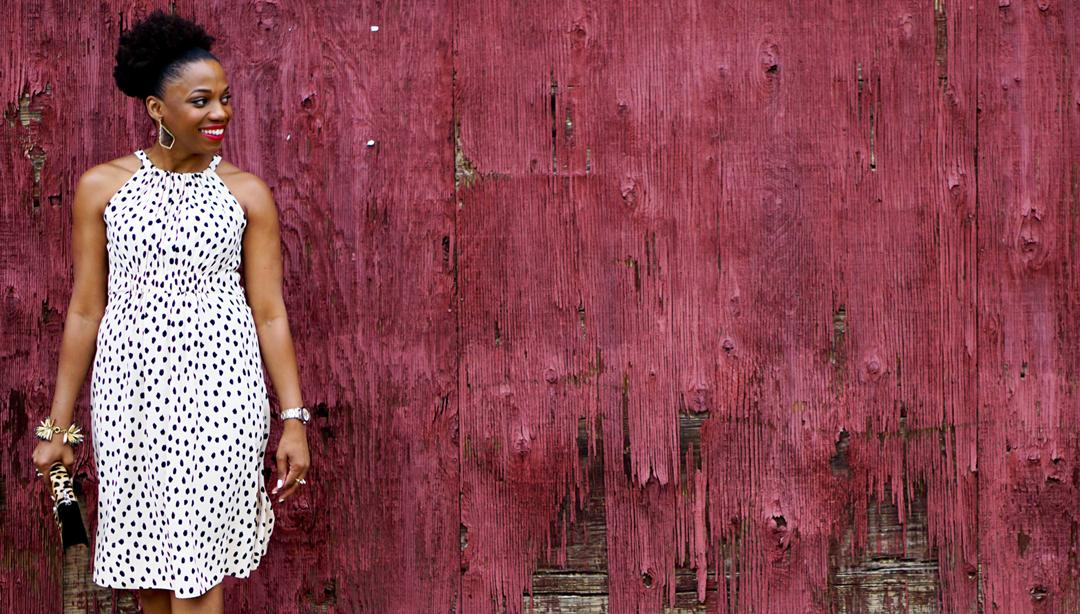 My leopard dot dress was a lucky and affordable find in the Kate Spade Outlet store at the St. Louis Premium Outlets. I’ve been swooning over the leopard dot print since it first released in Kate Spade stores. I wish-listed two of the bags that featured the print. Unfortunately, both sold out before I was able to purchase one of them. I was disappointed but never even considered the clothing in the print because the price point was too high for me. Imagine my surprise, then, when I walked into the Kate Spade Outlet and saw the leopard dot tie-back dress at 60% off! 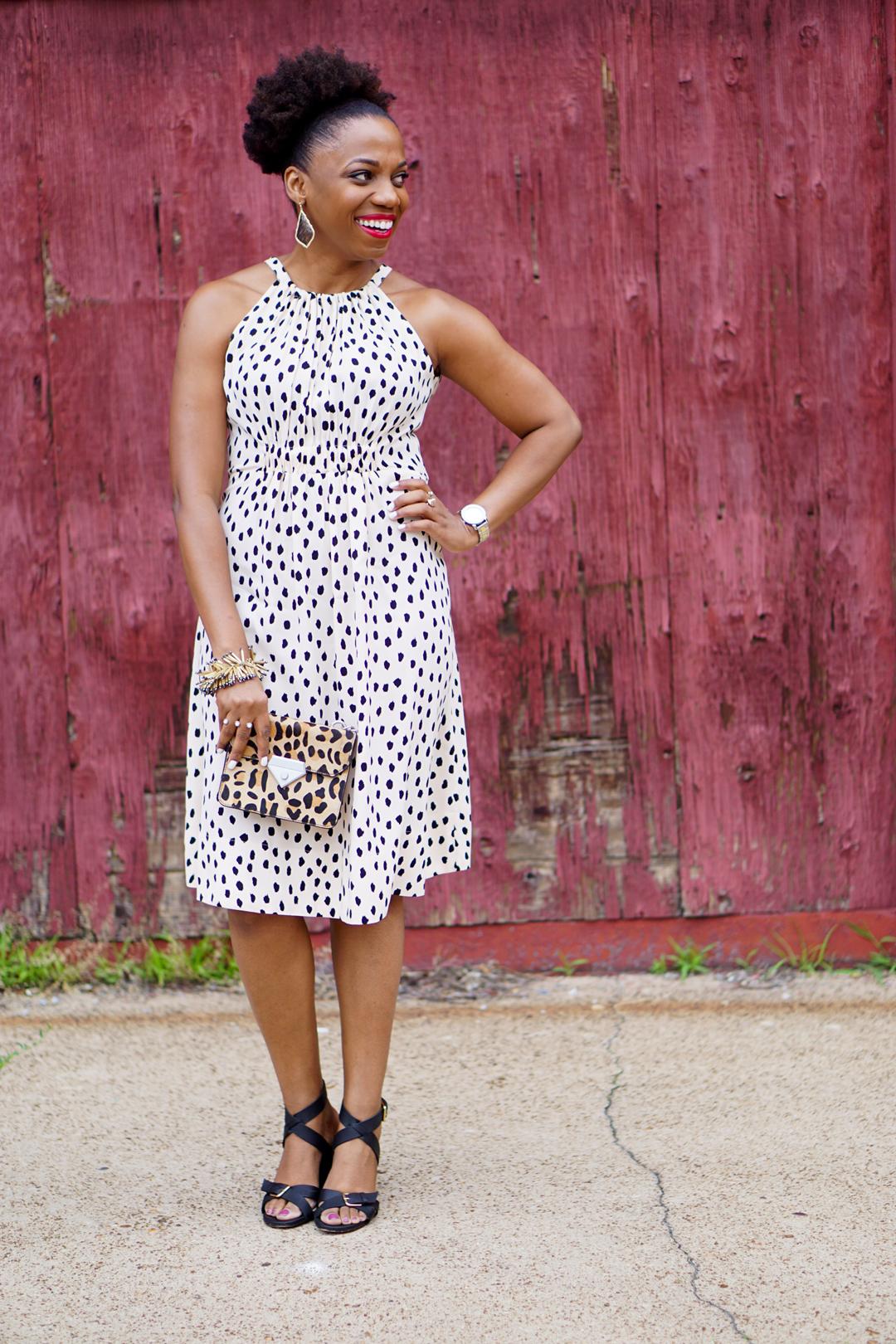 It’s interesting that I paired my Linea Pelle Bowery bag with the dress because that bag, which is on mega sale right now, was my alternate choice for the Kate Spade leopard dot clutch. 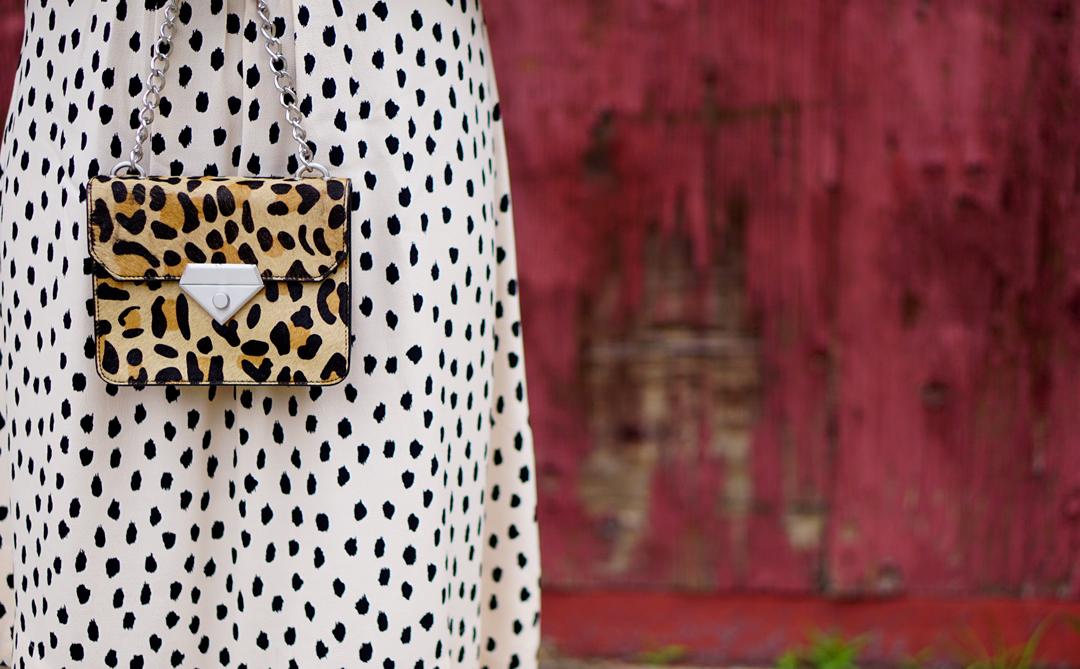 If you’re near a Kate Spade Outlet and like this print, it’s also available on a full skirt, a blouse, and a super fly romper. 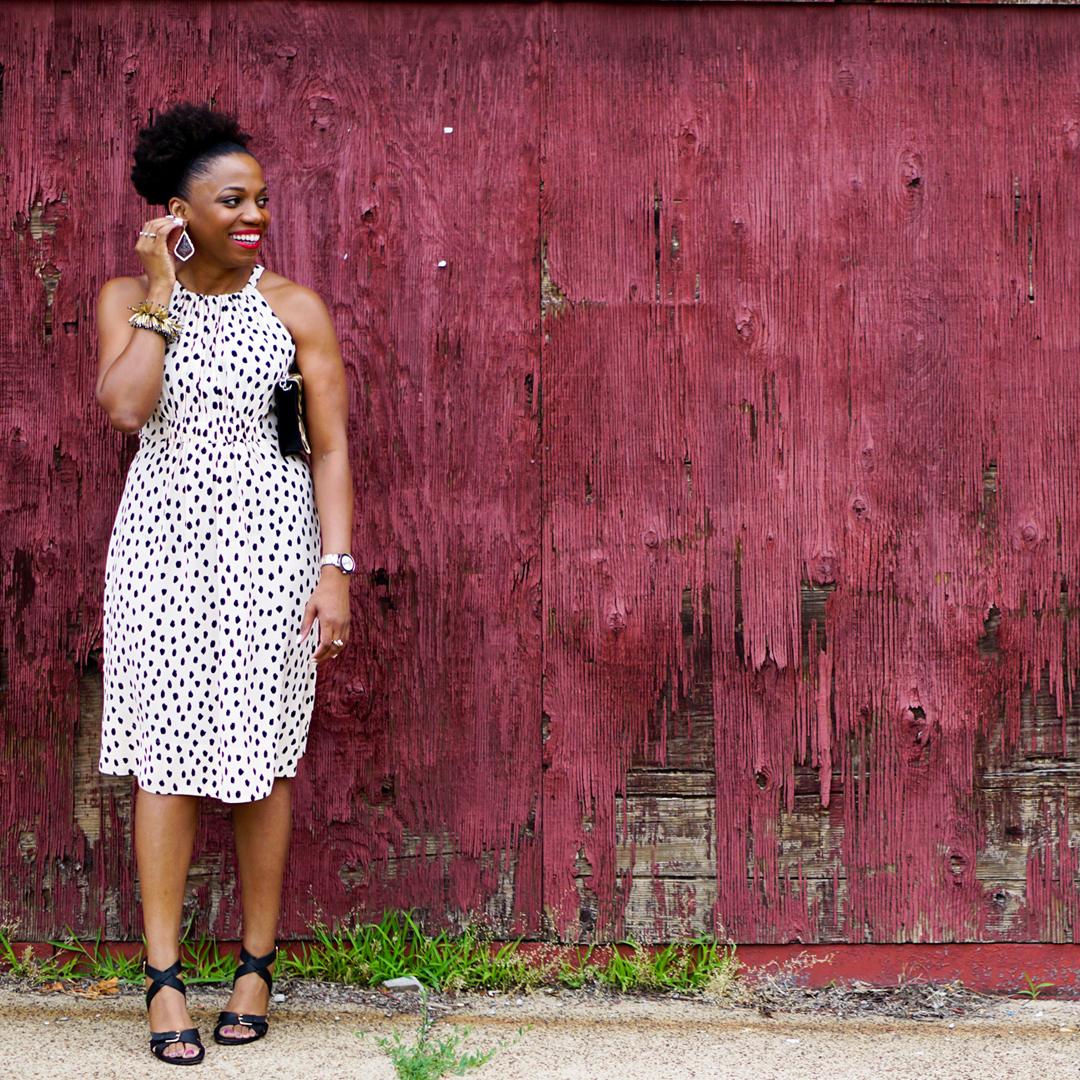 I’m joining the weekly linkup over at The Mix.