There I was getting ready to be photographed by Chris Craymer. It was the image that actually appears on the September cover of Redbook. Picture this. Five people putting last minute touches on me at the same time. Clay Hawkins from celebrity hairstylist Marc Townsend’s team was teasing my afro puff. Munemi Imai, an international makeup artist, was reapplying my lipstick. A fashion assistant was putting on my shoes. Someone was making sure that my skin looked dewy. And, another staffer was fixing the sleeves on my white shirt. It was such a grand moment that it felt like an out-of-body experience. 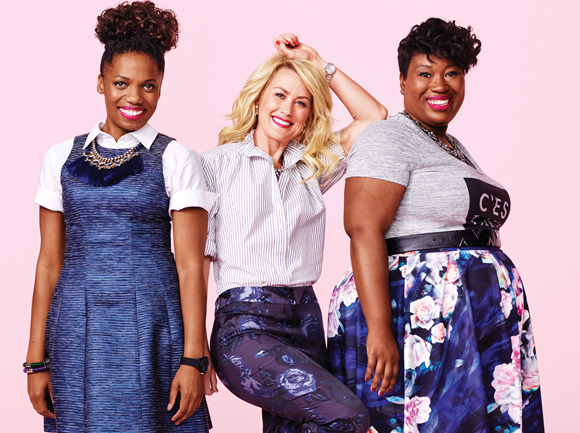 I’ve had my blog for almost 8 years. It’s a one woman show. Redbook, on the other hand, is an entire village of professionals and experts working on a common project. For this project, the cover, the village included hairstylists, makeup artists, manicurists, tailors, a photographer, a video team, a set design team, and caterers. Then there’s the magazine editors and directors who for months seeded this daring idea to put regular women who simply share an enthusiasm for style on the cover of the magazine’s biggest issue of the year. 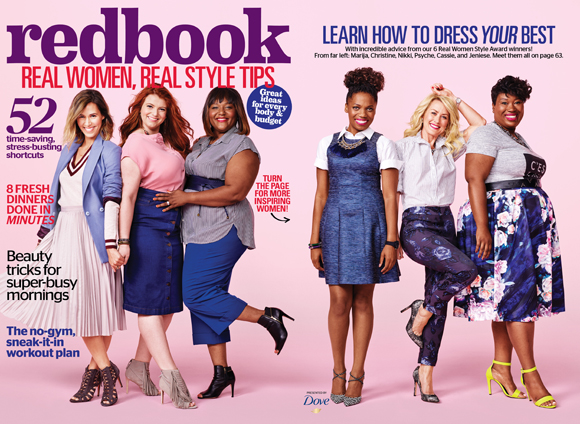 If you’ve read Redbook’s piece introducing the cover, then you’ve heard from Meredith Rollins, Editor-in-Chief of Redbook, who was adamant about keeping this September issue “real” by featuring the six winners of the Real Women Style Awards. And, keep it real, Redbook did. Since being chosen, every step of the process felt like it was designed to allow us to be our usual selves.

I walked into the Redbook offices on a Sunday for a fitting and met a rack filled with clothing I would choose for myself. Jennifer Hitzges, Fashion Director at Redbook and a superstar stylist, had actually scoured my blog and pulled selections she knew I would love. And, I did. Statement jewelry. Fresh pumps. My favorite silhouettes. Check, check, and check. I loved it all.

As a black woman, I often take note of stories documenting the struggles of black models working in the fashion industry, from stylists being ill-equipped to work with their natural hair to makeup artists not having the right colors to flatter their skin tones. Not on the Redbook set. Munemi, the makeup artist, recreated my usual face, just way better. 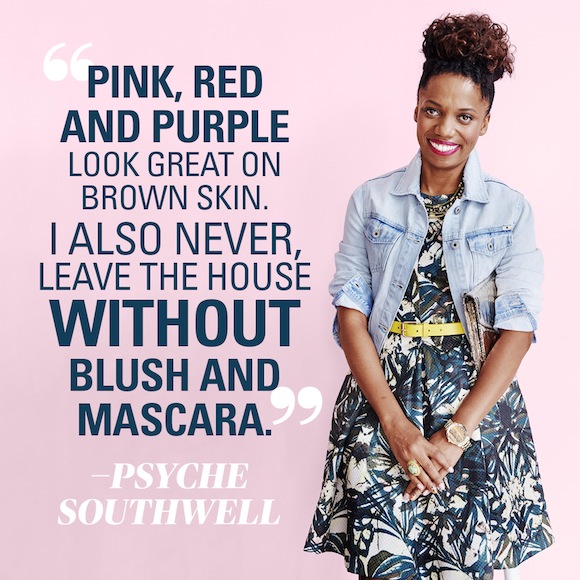 Marc Townsend and his talented team of hair stylists not only whipped up a stunning puff on my natural hair, they were really excited for the chance to work with my kinks.

Every Redbook staffer we engaged on this journey to the cover was so empowering and affirming. You got a sense that this is just the culture at Redbook, a culture that celebrates diversity. I wasn’t surprised either because as a longtime reader of the magazine, I’ve always felt that Redbook does a lot that speaks directly to me. I feel confident that in every issue, I can take a styling tip and apply it seamlessly to my life. I’m so honored, then, that I got to be a part of this major issue as a winner of the Real Women Style Awards.

If you’ve enjoyed this glimpse into my experience, you’ll definitely want to hear from my new friends and fellow winners—Cassie Freeman, Christine Buzan, Jeniese Hosey, Marija Krosnjar, and Nikki Frenney-Wiggins.

The September issue of Redbook hits newsstands nationwide on August 18th. I can’t wait for you to see it.