Opening day was absolutely chaotic!  There were so many people accessing the new mall that Highway 40 (near the Boone’s Crossing exit) was stalled.  As Taubman expands, I hope the company adds additional access points to the mall because the current single entrance isn’t functional.  I also hope that Taubman uses some of that available space on the grounds for additional parking.

Anyway, I spent about two hours in the J.Crew Factory store, mostly in lines (to the fitting and to the checkout counter), and all I bought was a cardigan.  It’s a fresh cardigan though; it’s colorblocked. 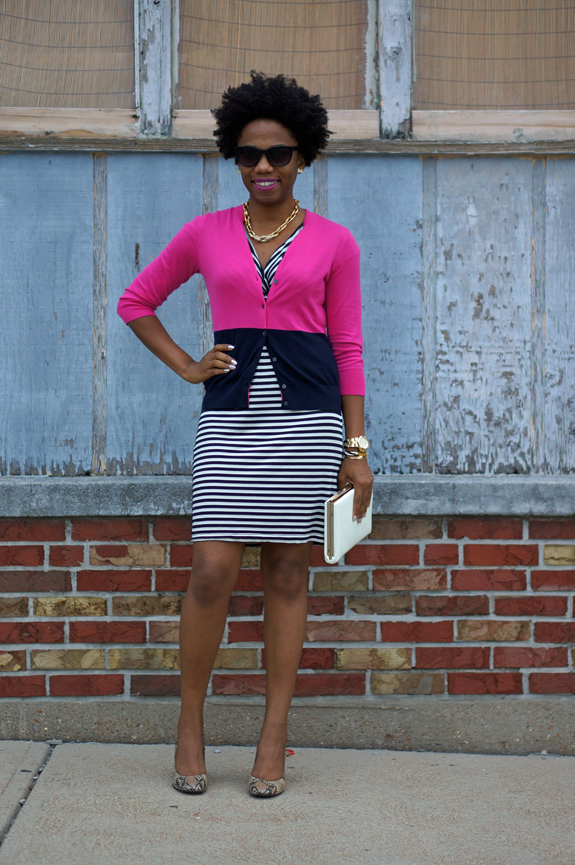