Anyway, I’ve been eying the Anthropologie striped day dress since it first appeared online.  Stripes meet my favorite silhouette.  I tried the dress on a couple months ago, but my size was already sold out in store and online.  When I discovered recently that the dress had been marked down to $49.95 (originally priced at $78), though, I launched a nationwide search for my size again.  Luckily, I located the dress in a store in Jersey, called the store, and placed an order with free shipping and no taxes. 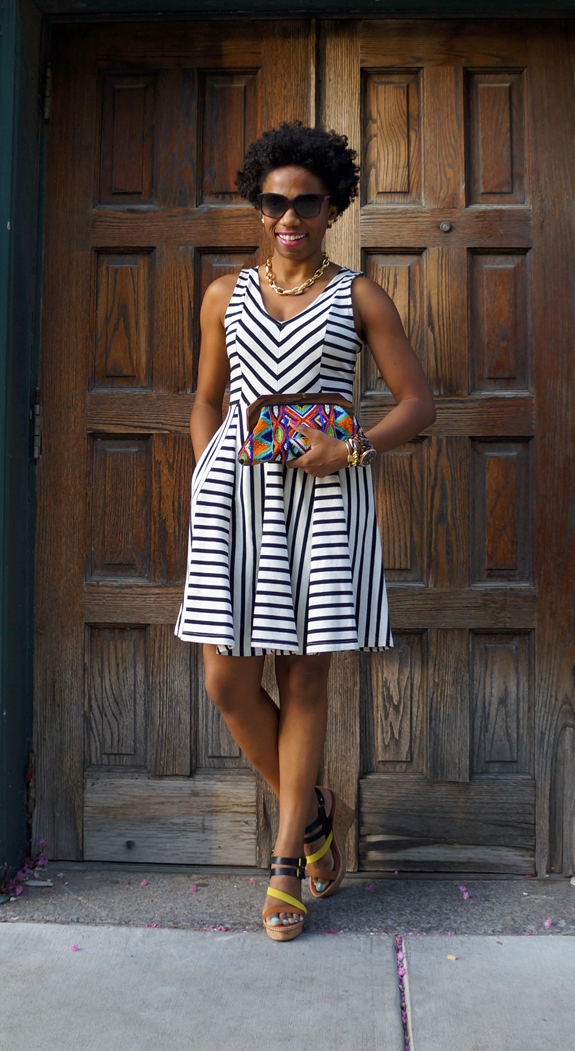 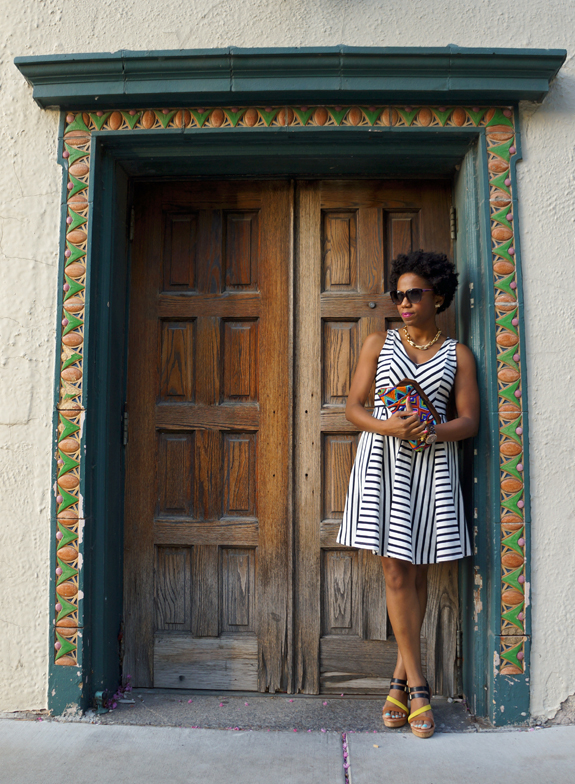 I’m linking with Mix and Match Fashion for the Summer Style challenge this week.