Old Navy released its popular boatneck sweaters at the end of the summer and I decided that it was just too early and still too hot to start purchasing sweaters.  Wrong move!  The sweaters quickly sold out in my favorite polka dot style.  Darn it!

I’ve since been casually shopping around for a polka dot sweater.  The styles that have appeared in the Gap and J.Crew are gorgeous, but they’re all made of wool.  Itch!  Anyone else have a wool sensitivity?

I found the jumbo dot sweater featured today in Forever 21.  It was under $20 and hence a cheap way to get the look I’ve been shopping for. 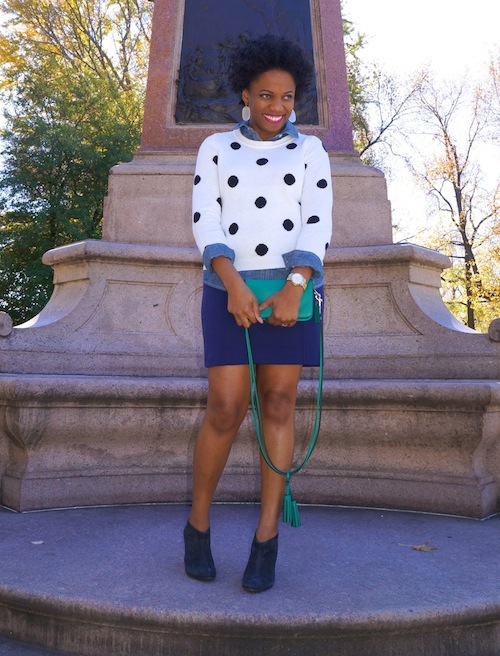